The first evidence of PlantCatalyst’s effectiveness came from greenhouse grower Dean Sime who owned a greenho use in Rapid City, South Dakota and was a good friend of the product’s inventor, Dr. John Willard.  At the urging of Dr. Willard, Mr. Sime began adding PlantCatalyst® to the reservoirs in his greenhouse and over several years began to refine how best to use the PlantCatalyst® to enhance germination, growth and yield.

Mr. Sime’s testing has been replicated by customers and researchers thousands of times in the decades following his first trials.  Research has been conducted in small gardens, commercial farming operations, greenhouses and virtually everywhere in between.We can confidently claim that research has been conducted on more than 100,000 plants worldwide in places as diverse as Zambia, Mozambique, South Korea, Canada and, of course, the United States.

A sample of some of the more comprehensive studies conducted on PlantCatalyst® over the years follows. Actual copies of the studies themselves are available upon request.

Food for the Hungry Mozambique

Food for the Hungry MozambiqueInternational non profit Food for the Hungry conducted a series of PlantCatalyst® field trials in central Mozambique during the 2018 growing season.  The stated goal of the trials was to Determine the yield effect with reduced fertilizer application of PlantCatalyst® for vegetables (Tomato, Onion, Cabbage, Lettuce) and cereal (Maize) and legumes (common bean and cowpea) in Mozambique.  As can be seen in the report they prepared the plants treated with PlantCatalyst® showed significant differences vs the control on all fronts including better germination, faster growth, better overall plant health and significant increases in yield.  Read the full report here.

During the 2019/2020 planting season the Clinton Development Initiative conducted a series of research trials on soybeans and maize in locations across Malawi.  Their findings clearly indicated that using PlantCatalyst allowed farmers to increase profit per hectare while also cutting dependence on expensive and environmentally damaging fertilizer.  Their report can be found here: http://www.plantcatalyst.com/wp-content/uploads/2021/02/ClintonFoundationReport2019-20CABAgricTechnologyDemonstrations-1.pdf

A company called Three N Agriculture conducted their own research trials on the use of PlantCatalyst to help improve yield and profitability of soybean production on their farms in Malawi.  They found using PlantCatalyst had a significant impact on plant health and growth and the PlantCatalyst treated crops experienced a 31% increase in yield over the control crops.  You can read their report here: http://www.plantcatalyst.com/wp-content/uploads/2021/02/Three-N-Agriculture-Malawi-1.pdf

During the 2018/2019 and the 2019/2020 seasons, Pyxus International Inc., a global value-added agriculture company, conducted a series of field trials on their tobacco and maize farms in Malawi to explore how using PlantCatalyst® can help them increase yield and profits.  They created a detailed Powerpoint presentation that outlines protocols, results and benefits of using PlantCatalyst® and also a final report that outlines their findings. You can see them here

During the 2018/2019 season, Land O’Lakes Venture 37, Land O’Lakes’ non-profit dedicated to increasing farmer production and profits in the developing world, conducted field trials in the Barue district of Mozambique by engaging smallholder farmers planting common bean, sesame and maize to determine how using PlantCatalyst® could fit into their current portfolio.  The project clearly demonstrated PlantCatalyst’s ease of use and adaptability and tests indicated adding PlantCatalyst® nearly doubled yield on all crops.

You can read the report Land O’Lakes officials prepared here and here.

During the 2018/2019 season, international development non-profit, World Vision Zambia, conducted a series of demonstration plots and farmer field school projects to determine the feasibility and effectiveness of using of PlantCatalyst® to help Zambian farmers increase yield and profits per hectare.  172 farmers in the Katete and Chipata regions applied PlantCatalyst® on groundnuts, soya beans and green beans and reported their observations to World Vision officials.

The Zambia Agriculture Research Institute (ZARI) is a division of the Zambia Ministry of Agriculture and one of the most respected research institutions in Africa. During the 2016/2017 and 2017/2018 growing seasons ZARI scientists conducted a number of field trials using PlantCatalyst® on maize, cotton, soybeans, tobacco and groundnuts. The goal of the trials was to test the efficacy of PlantCatalyst, explore fertilizer reduction levels vs yield, and determine how using PlantCatalyst® can affect a farmer’s revenue. ZARI scientists used several different fertilizer reduction plots and explored effects of PlantCatalyst® when added to full rate fertilizer, 2/3 rate fertilizer, 1/2 rate fertilizer and no fertilizer at all. They measured variables such as crop germination, growth rate, leaf count, fruit/pod development, yield and profit margins. They found that PlantCatalyst® performed best when fertilizer is reduced by 50% and this combination was cheaper than full rate fertilizer, even when labor was included. Using PlantCatalyst®, as compared to the “typical” fertilizer regimen, also led to greater yields and, most importantly, substantial increases in profit per hectare. A quick Powerpoint synopsis of ZARI’s findings can be found here. You can read the full 2016/2017 report here and the full 2017/2018 report here.

In a three year study conducted in greenhouse and laboratory settings, Dr. R. Neil Reese sought to examine the effect PlantCatalyst® can have on reducing nutrients without sacrificing yield. Dr. Reese examined the effects of PlantCatalyst® in a greenhouse setting over three successive grow cycles and also conducted controlled germination trials in laboratory grow boxes. Dr. Reese found that adding PlantCatalyst® to the nutrient regimen enhances plant strength out of germination, speeds up growth, and significantly increases yield. He studied lettuce, tomatoes, bell peppers and jalapeño peppers and adding PlantCatalyst® increased yield on lettuce by 13%, tomatoes by 24%, bell peppers by 46% and jalapeños by 52%. Dr. Reeses’ findings were published in the July 2016 issue of the peer reviewed scientific journal American Journal of Plant Nutrition and Fertilization Technology. You can read the full publication here.

The trials below were conducted by partners ETG Worldwide, administering a grant from the United Kingdom’s Department for International Development, and international development non-profit Food for the Hungry. In both trials, farmers used handheld sprayers to apply the PlantCatalyst® to their crops on a weekly or bi-weekly basis. All of the plots using PlantCatalyst® substantially outperformed the control plots with PC treated crops showing better germination rates, faster growth, more leaves/pods/fruits per plant, and far greater yields than the control crops.

During the 2016/2017 the international development non-profit iDE, conducted a series of research projects in Zambia to determine the feasibility and effectiveness of using PlantCatalyst® to help Zambian farmers increase profit per hectare.  iDE tested a number of plots in the Southern, Central and Lusaka provinces in Zambia on the two most prominent crops in those regions, soya beans and cowpeas.  The farmers used handheld sprayers to apply the PlantCatalyst® to their crops on a weekly basis and the treated fields received no more than 50% of the typical fertilizer regimen vs full fertilizer for the control crops.  All of the plots using PlantCatalyst® substantially outperformed those using full rate fertilizer with PC treated crops showing better germination rates, faster growth, more leaves/pods/fruits per plant, and far greater yields than the control crops.  All of this despite the fact that the PC treated crops had only HALF of the fertilizer!  In conclusion they found that PlantCatalyst® is cheaper than fertilizer which reduces up front costs for farmers and leads to greater yields on the back end which means farmers using PlantCatalyst® could expect to see an increase in profit per hectare simply by using PlantCatalyst.

Some of the most comprehensive studies on the PlantCatalyst® were performed by Dr. Al Knauf, A Biology Professor at Texas Women’s University. Dr. Knauf conducted both laboratory and field trials over a period of several years and his research was instrumental in determining how best to dilute and use PlantCatalyst. Dr. Knauf found that PlantCatalyst® plays a role in enhancing germination, increasing growth, and maximizing yield. 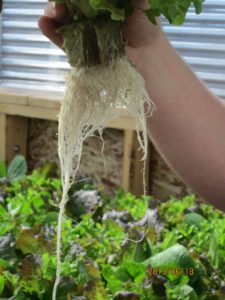 Dr. Keith Kelling conducted field trials over several years during the mid-1990’s involving a number of crops including corn, potatoes and others. Dr. Kelling’s research is the earliest known exploration of the PlantCatalyst’s effect on increasing nutrient absorption and its corresponding impact on increased yield. While later research shows that Dr. Kelling was using too much fertilizer and undiluted PlantCatalyst, he was still able to demonstrate the efficacy of the PlantCatalyst® product and provided a strong foundation for further research and exploration.

This 1994 research took place in greenhouses and was fully filmed. Throughout the study, the plants treated with PlantCatalyst® showed increases in yield and root growth compared to a control group, even when using just half of the regular fertilizer amount.

African Daisies were split into two groups, one of which was given 20-20-20 fertilizer, and one given 80% of the same fertilizer with an ounce of PlantCatalyst®. The treated plants had bigger, earlier booms than the control group.

This 8 week test involved 22 sweet cayenne pepper seedlings divided into one test group of 12 seedlings treated with PlantCatalyst® (PC) and one control group of 10 seedlings that received no PC. The test and control seedlings were fed from separate 75 litre (20 gallon) reservoirs and both groups were placed in rockwool for the duration of the test. All seedlings were approximately 4” high when placed in the rockwool. Once per week, 15 mL (1/2 oz) of PlantCatalyst® was added to the mix of water and nutrients in the reservoir for the test plants.

The Impact of PlantCatalyst® on ‘Northern Lights’ Cannabis

This 9 week test (3 weeks of vegetative growth & 6 weeks of flowering) involved 64 ‘Northern Lights’ cannabis plants evenly divided into one test group treated with PlantCatalyst® and one control group that was not given any PlantCatalyst®. All 32 treated plants in the test group were fed PlantCatalyst® through the roots from a 40 litre (10 gallon) reservoir. 60 mL (2 oz) of PlantCatalyst® was added to the reservoir twice per week on the first day of the six day food cycle and at the mid point of the cycle.

Each of the 32 plants in the test group was also given a weekly foliar spray, comprised of 1 litre (1 quart) of tap water mixed with 15 mL (1/2 oz) PlantCatalyst® during vegetative growth. This same mixture was applied to the flowers once per week as a fine misting to support bud formation. None of the plants in the control group were given any foliar spray during this test.

Use this form to find things you need on this site

You can add any HTML here (admin -> Theme Options -> Promo Popup).
We suggest you create a static block and put it here using shortcode